This model of the RAGTIME ROCKING CHAIR is with a headrest.

It’s a personal-sized chair that feels as comfortable as a sofa with its plush, sinkright-in feather cushions. As its name suggests, it rocks gently back and forth and you lean it back as far as you desire. You can set just how far back it reclines with the adjustment knob under the seat. The legs are molded from cast-iron that provide firm and stable support while you rock, relax, and dip back low in the chair.

The F-51 is a textured fabric made from soft wool stitched in a striped color pattern. The F-73 is a thick wool material that was felted with a specialized brush to give it a teased and distressed texture. Despite its plain look, it has a soft and inviting quality. 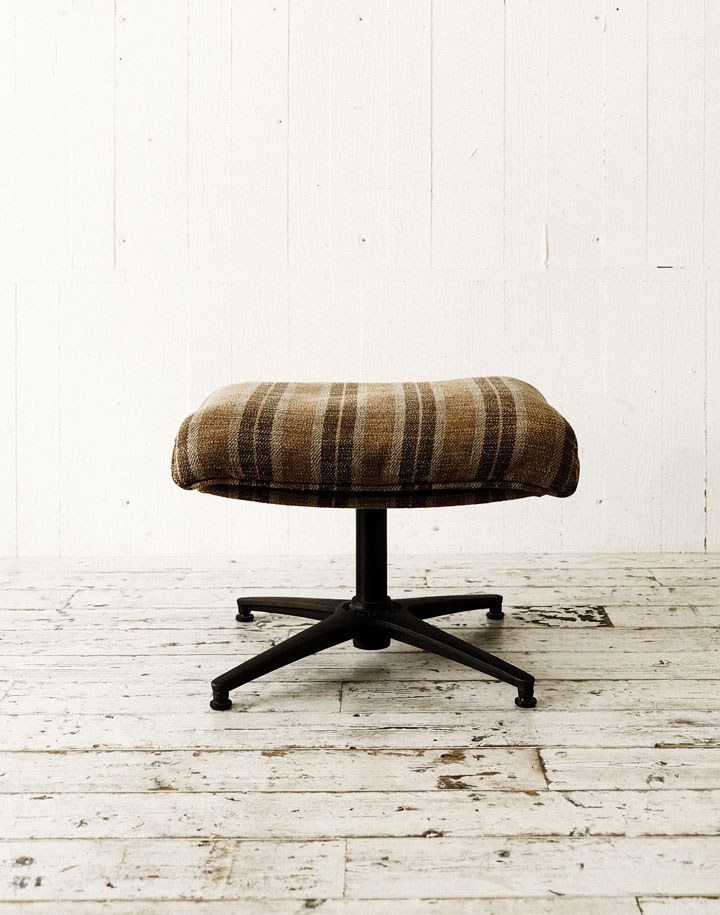 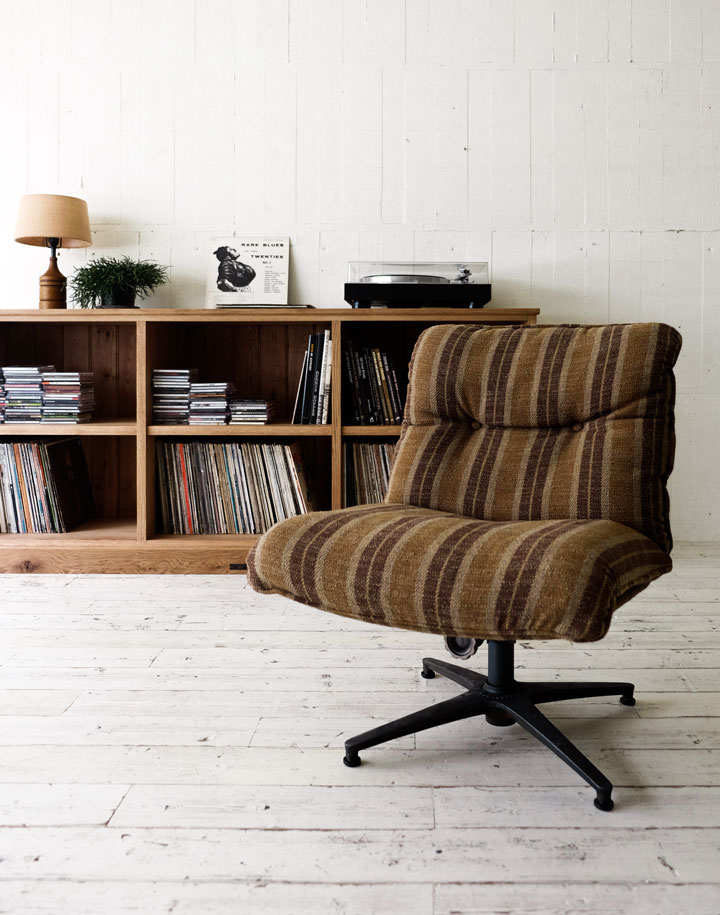 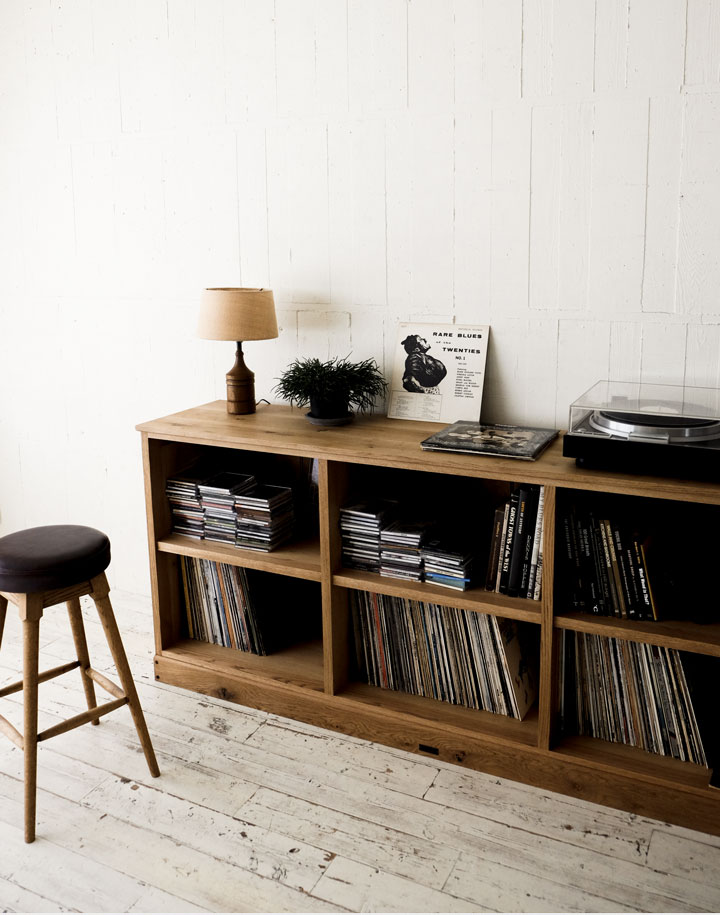 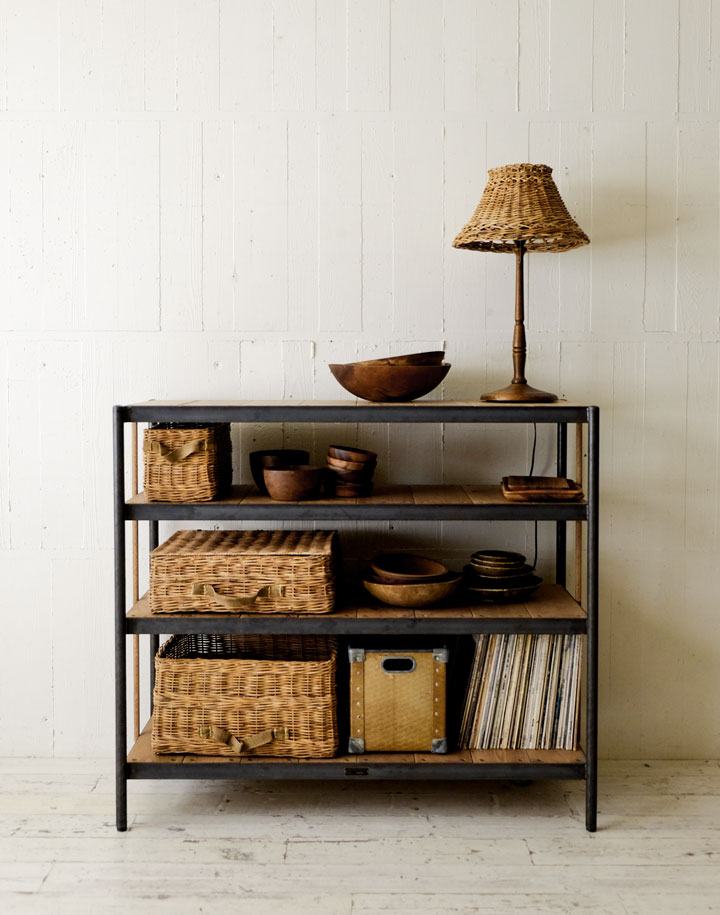